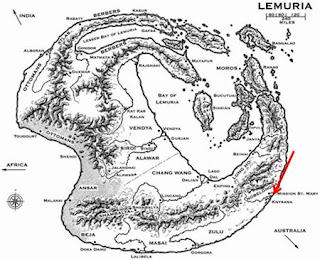 Lemuria – Land of Opportunity. Or so Arizona Bob had heard. So when he had a chance to go there with his employer Sir Winston “Winnie” Hollowcraft he was ready for it.
“What’s the job, sir?” AZ asked.
“Not quite sure, Bob,” Winnie replied. “Maybe a bit of business mixed with pleasure. Sarah Jane will accompany us and I’ve already notified Jefferson as to our departure time. Will three days be sufficient for you to get your affairs in order?”
“Yes sir,” AZ continued. “Where will be leaving from?”
“Corpus Christi. I already booked passage on the Brittany Star. Unless you have any more questions I’ll see you there in three days…in the morning. I have a room booked for you at the only hotel in town for the night before.”
AZ extended his hand and the two men shook hands. “Looking forward to working with you again, sir”. 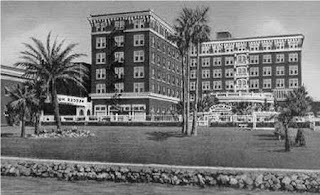 Colonial Lemuria is the title I use for generating places when I want to explore a non-historical continent. I prefer not to be confined by history this works well for me. It contains the history of the continent and its peoples as well as detailed first-hand information on each nation/area.  Included are 14 different army lists – with the 6 army lists in Fortunes Won & Lost to represent them accurately.

Lemuria is a world where ancient Kingdoms and European powers vie for control. A splendid combination of history and fiction.

I chose to have my party represented by the European – Adventurers List – even though they have a couple of Americans with them. Here’s the list of the party.

I am choosing to use Co-Star from Larger Than Life - Director's Cut which is totally compatible with these three books. This  gives the character Star Power - the ability to reduce damage. Only AZ has the another advantage - Free Will - allowing him to choose his Reaction. None will have Cheating Death or Larger Than Life that  are included in LTL.

Of all the places in Lemuria I could explore I specifically chose Nobelongga as it is the site of the infamous Treaty Port – Mission St. Mary. 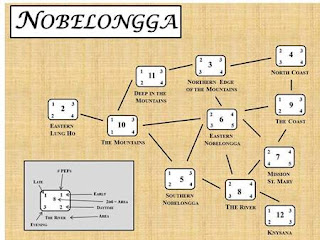 This is all of the information I have as  the player. First stop will be disembarking from the Brittany Star in Mission St. Mary. And so the Story begins!