5150 Star Army was the last set of rules to come out with the older mechanics - the ones used in NUTS Final Version and other current rule sets. After 5 years it's time to bring it up to date. That leaves only FNG to update. Here's an AAR of a play test we did a few days ago. Had to use some plastic scorpions to represent the Bugs and it worked great. 5150 Star Army 2nd Tour will have two color counter sheets that can be used. Here's some of the artwork by Jason Smith. 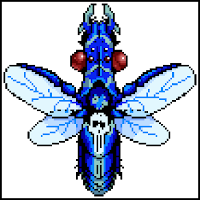 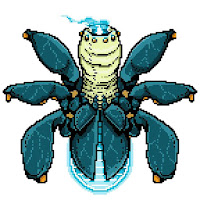 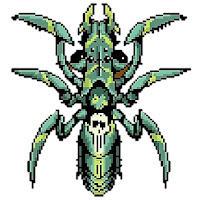 Shooting is the way to deal with the Bugs, as melee is what the Bugs do best. 2nd Tour is based around individual figures instead of units. So it's possible for the Bugs to win a round of melee and then if the other Squad member pass the Crisis test, they can fire at the bugs before they attack again. 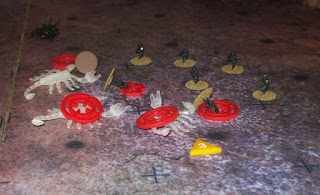 The red blast markers were used to track the dead and the colored triangles helped remember how many shots were applied to the Bugs. These were removed after shooting as neither are necessary to play. 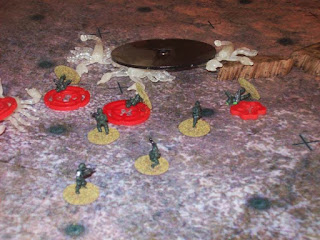 During the game the Star Army was reinforced by the Rest of the Platoon, but the Bugs generated two Bug Holes with lots of Bugs. We used cockroaches for Flyers. 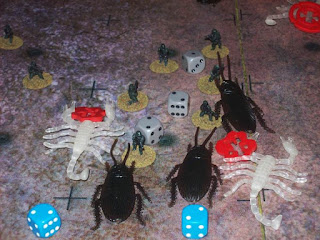 At the end of the game, the Star Army was repelled at great loss. 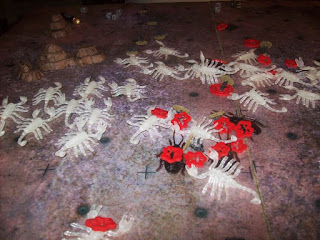