Here's another Bat Rep for 2nd Tour. This one features the Ikwen, a great alien race from  Loud Ninja Games and available here. 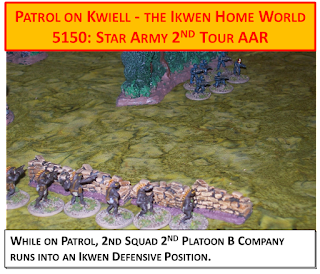 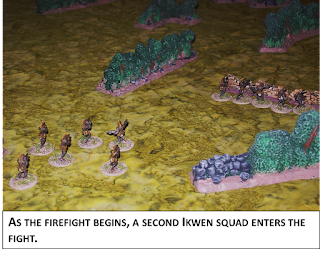 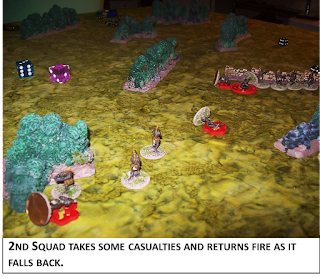 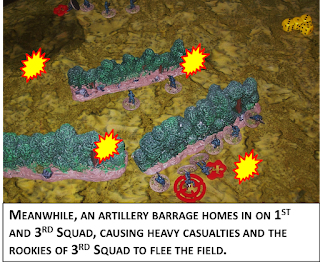 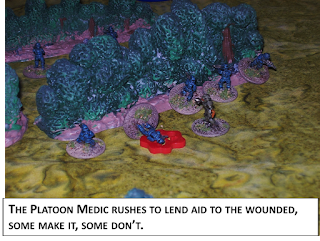 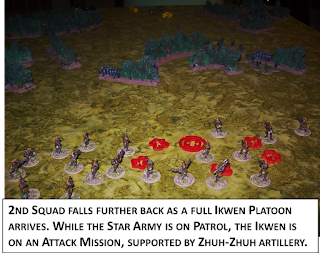 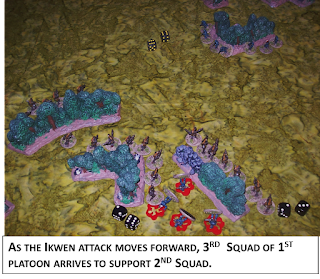 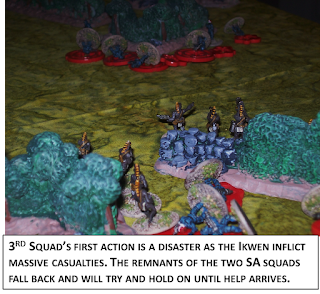 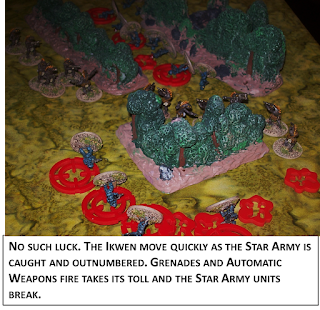 Towering mineral vents pierce the crust of Kwiell, the Home World of the Ikwen, venting strange, nutrient and mineral rich materials into the atmosphere.  These vents are the source of the strange bio-silicates that make Kwiell desirable for exploitation by other, more advanced, Races.

Gaea Prime has established a presence on Kwiell in hopes of exploiting these natural resources. After diplomatic attempts proved unsuccessful to reach a peaceful resolution, the Ikwen have begun military operations.  Unable to fight on even terms, the Ikwen have resorted to guerrilla warfare.

The close proximity of the Gaea Prime Star Army on Ikwen, now openly viewed as an occupation force, has caused the Zhuh-Zhuh Confederation to be concerned. This has resulted in Gaea Prime charges that the Zhuh-Zhuh has been supplying the Ikwen with weapons and other forms of military support.