The Message - A By Savvy and Steel Step-By-Step Adventure

One thing I like about By Savvy and Steel is the variety of adventures you can have. With the new area movement system (you can go through more than one area because Edenstein is a small country) it allows for more chances to have encounters inside each adventure. This is called the Message.

All I know at the beginning of the adventure is my party must travel from one end of the country to the other.  I have no idea if I will run into friends, enemies, how many of them or what encounters I will have. And that's one of the things that makes By Savvy and Steel interesting.

"I am sorry for any inconvenience I may have caused, your Eminence,"  Arthur replied. "A trip?"

As the Cardinal and Arthur walked along the Rose Garden, the Cardinal explained. His Eminence had need of a message to be delivered to an old acquaintance in Edenstein Northern. His usual courier was not available. Perhaps if Arthur could do the Cardinal this small favor he would return a favor to Arthur in kind.

"Well my son," asked the Cardinal. "While you were away I could tell the Ambassador that you have been dealt with and satisfaction provided. And Miss Von Helm could return to München


Start of the Month 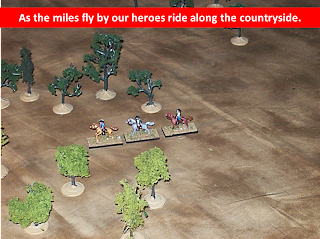 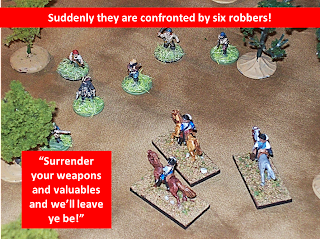 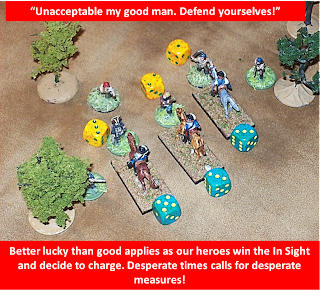 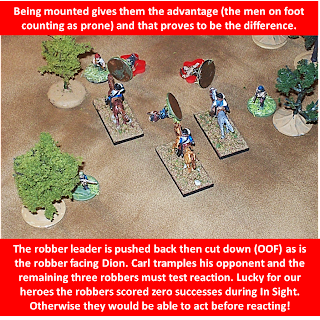 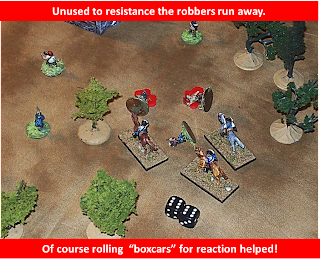 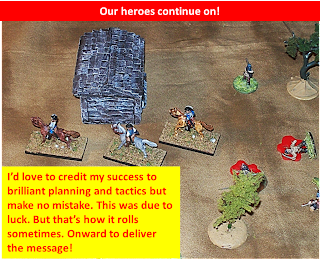 Posted by Ed the THW Guy at 15:34
Email ThisBlogThis!Share to TwitterShare to FacebookShare to Pinterest
Labels: AARs, By Savvy and Steel, Imagi-nation, New Market Round, The Message, Two Hour RPGs, Two Hour Wargames