Continuing the story of Jim Bob Joe, the Rep 4 Grunt. In this version I'll add some game related notes. 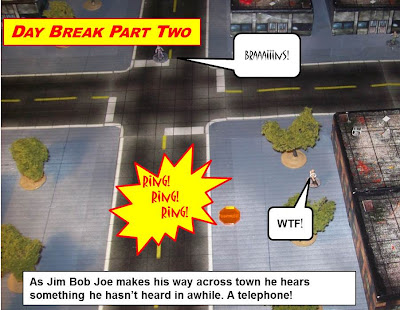 The Encounter Rating for the area had risen from 1 to 2 from prior events. Activation dice came up doubles and were equal to this ER. The event was a ringing cell phone 1d6" from Jim Bob. The phone would attract zombies as if three shots were taken. Rolling for the zeds generated one additional zombie. In addition until it is answered it will continue to generate zombies. 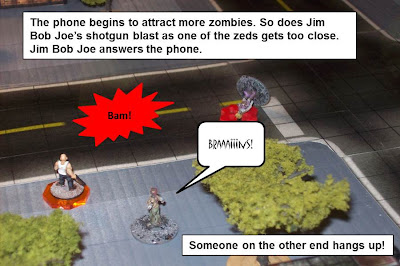 Jim Bob moves to answer the phone. This stops the ringing but must be resolved as a PEF. In this case it increases the ER to 3. 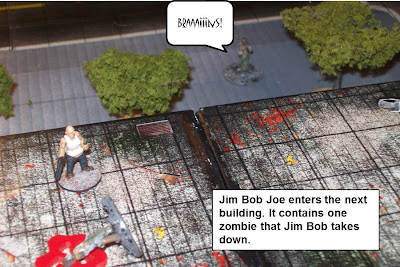 Jim Bob enters a building and wins the zombie surprise test. He fires and takes out the one zed but two more are generated. Being in a rural area this is bad luck and a bit more than to be expected. 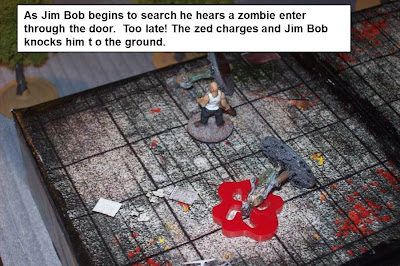 A new zombie activates and charges Jim Bob to the rear. This means he cannot fire and counts as unarmed for the first round of melee. 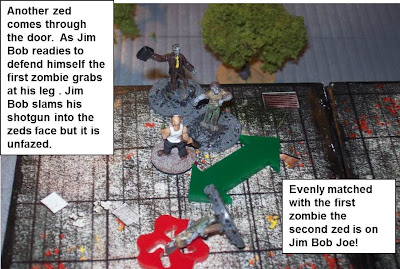 Evenly matched gives all other zombies a +1d6 modifier in melee. 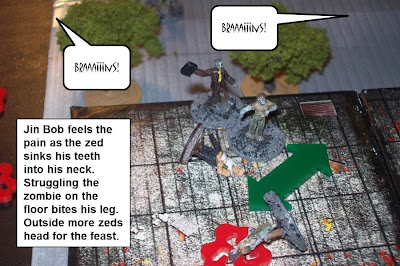 This gives Jim Bob 5d6 and the zed 4d6. As the zed scored 1 success more Jim Bob goes down. The zed rolls for damage, versus the number of successes more that was scored, and scores a "1" Obviously Dead. 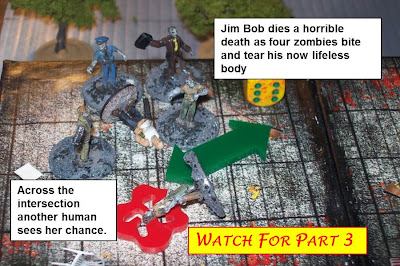 Jim  Bob is finished but we aren't. Still time to play another game so we start with a new Grunt. Rolling on the pre-generated NPC tables its a female Ganger with an Assault Rifle.

Posted by Ed the THW Guy at 21:56
Email ThisBlogThis!Share to TwitterShare to FacebookShare to Pinterest
Labels: AARs, After the Horsemen, All Things Zombie - Final Fade Out, ATZ, Two Hour Wargames