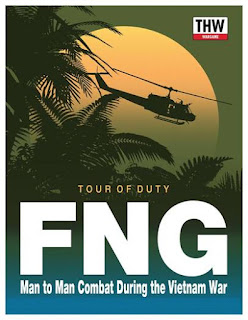 FNG Tour of Duty will be released this month and here's a Step by Step of your 1st Mission - Patrol. But before that let's meet my Star.

It's Pvt. William Pink Rep 3 (I wanted to be a real FNG so went with Rep 3). He has a 12 month Tour of Duty and could have up to 24 Missions , but 18 more likely. I roll for his Squad Leader and fellow Squaddies. With Billy there are currently nine members.

There are 8 easy to use Terrain Maps included in the rules, I'm using number 5 - Wooded Trail. You can set up a table to mirror the map or use the map to move your forces. I chose the later version and if combat occurs I'll use a Battle Board.

I decided to Walk Into the Mission instead of using a Helicopter, which are included in the rules. 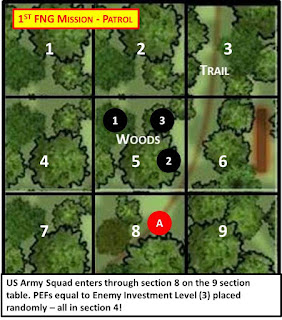 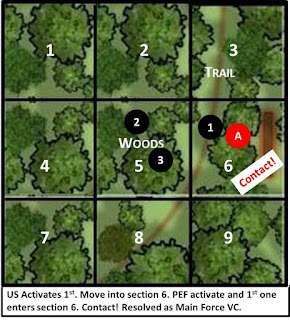 I resolved the first PEF as Main Force Viet Cong, rolled for their Leader, then each Squaddie. I set up minimal terrain on a TV tray and used the counters included in the game. I could have used figures and a detailed terrain filled table, but wanted to play a quick game. 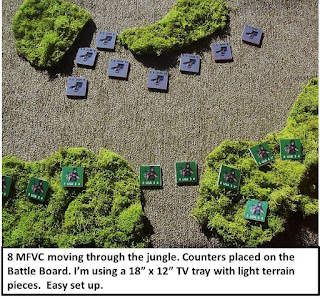 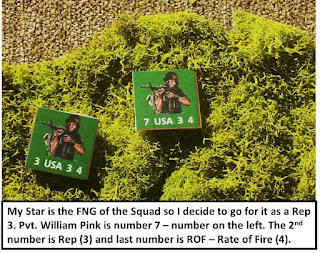 I choose my Star (Billy Pink) to start as a real FNG - Rep 3. Lucky for me the Squad Leader was randomly rolled as Rep 5. 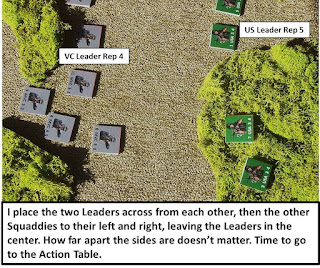 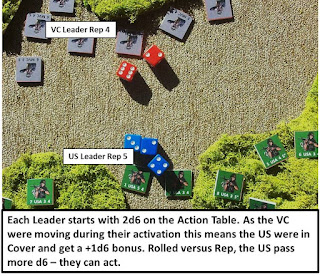 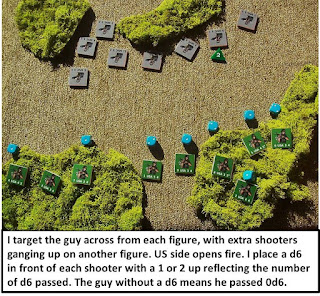 I targeted all figures first, then rolled for all shooting,. Next I resolved any damage, and then returned fire as needed. 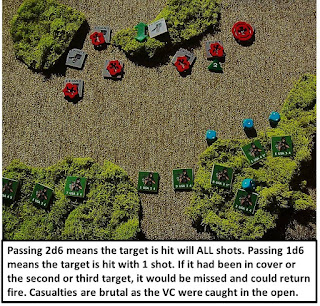 After one side resolved it's actions, BOTH sides take the Will to Fight Test. 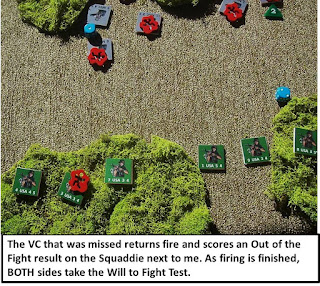 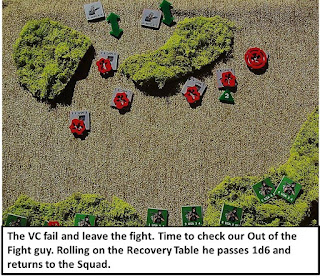 The fighting went really fast, a great reason to use the Battle Board and counters. If playing on a large table, I would just keep the figures on the table, removing them when they left the fight.
This was the 1st PEF to be resolved.