The firefight had ended, but what about the other two Possible Enemy Force (PEF) markers? 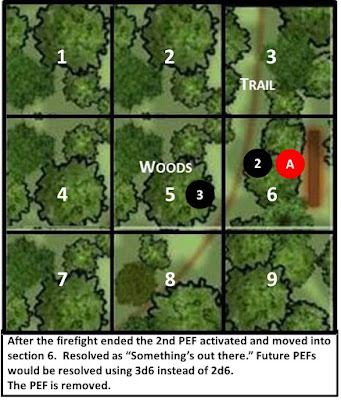 I was using a Terrain Map to mark the force movements, but could easily have been using terrain on the tabletop and figures. 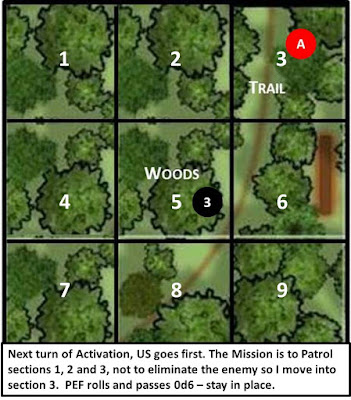 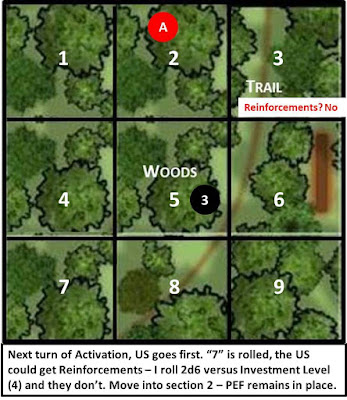 "7" came up when rolling for Activation. The US scored higher so could have had Reinforcements, but failed to get any. 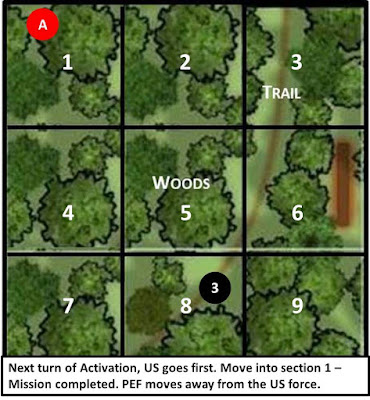 PEF movement is determined by rolling 2d6 versus the PEF Rep of 4. This means they move towards you, away from you or stay in place. Adds to the suspense. 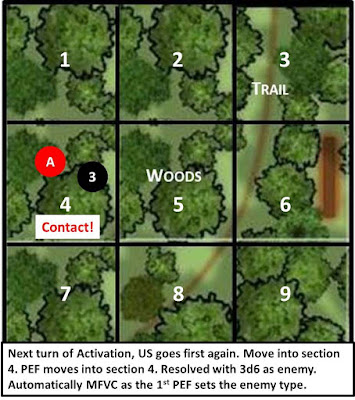 Contact! Time to set up the Battle Board, or in my case I used a TV tray with light terrain. 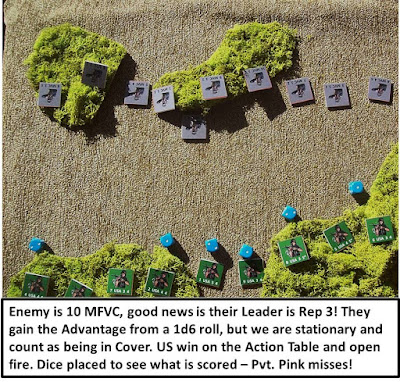 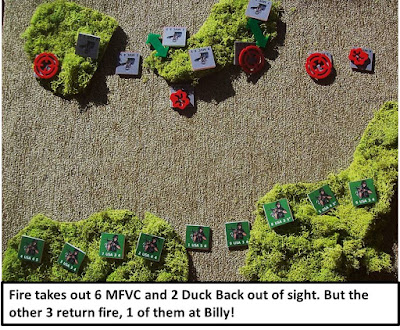 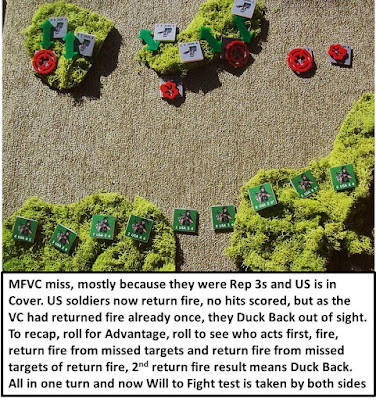 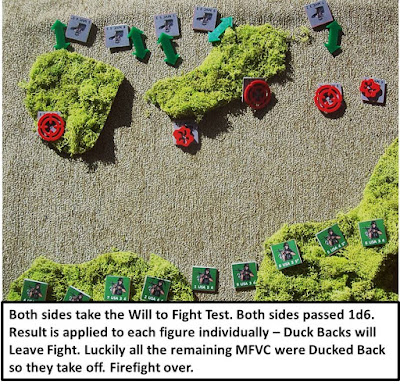 After the Mission Billy received 4 Increasing Rep d6. One for scoring damage, 3 for the Mission being successful. I rolled them all and score at least one higher than Billy's current Rep so he's now Rep 4.

I roll for the Next Mission and it's quick, go right out in the late part of the same month an Attack Mission.
Posted by Ed the THW Guy at 09:19
Email ThisBlogThis!Share to TwitterShare to FacebookShare to Pinterest
Labels: AARs, FNG Tour of Duty, THW Game Design, Two Hour Wargames, Vietnam War