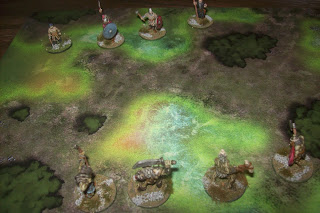 Haldor shook his head and waved for more ale. When am I going to learn, Pink? So we run into those four Orcs out in the swamp and man, we're ready. The new Caster, he's active - whatever that means - and he's doing the mumbo jumbo and the Orcs, they are sweating. 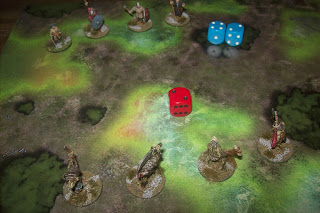 Boom! Off goes the spell and ... nothing! Nothing!Total failure. 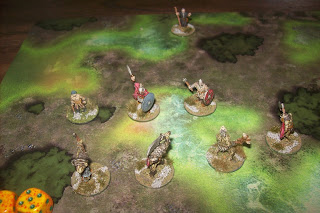 So while the Orcs are laughing the rest of us charge. 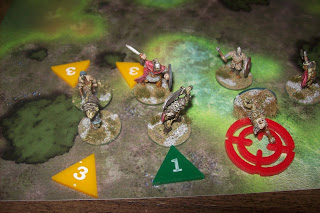 Now in the thief's defense, he shouldn't be meleeing, but hey. He got stuck in. 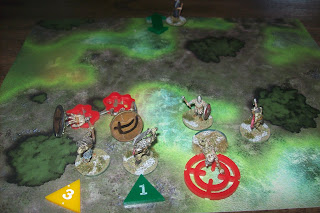 Anyway. After some serious fighting I skewer my guy and it gets real quiet. That's when I notice I'm all by myself. The other two, pfffft, Out of the Fight. 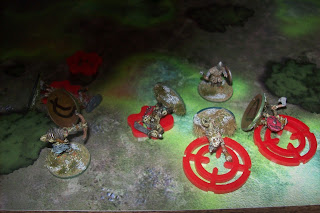 When you find yourself outnumbered, well let's just say it motivated me. Killed both Orcs... 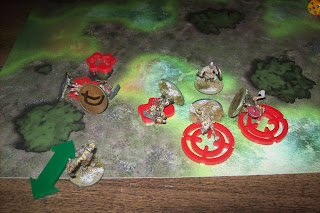 And the archer ran away. Have to admit though, he actually hit my shield with an arrow. 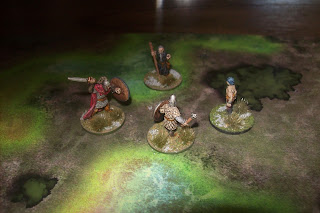 So anyway, after the fight the thief and fighter are okay. The Caster? Never moved after botching the spell. That's him at the end of the bar waving and smiling at us. He convinced me to give him another try. So, what you got planned for tomorrow Billy?

Part 3
Posted by Ed the THW Guy at 15:15
Email ThisBlogThis!Share to TwitterShare to FacebookShare to Pinterest