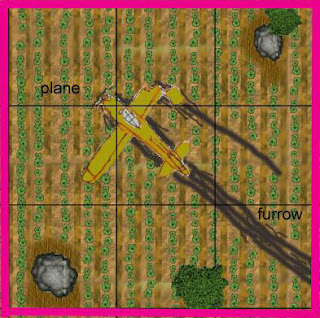 Your Company has just seen a US Piper Grasshopper Observation Plane go down into a field in no-man’s land. You have to get out there and retrieve the pilot ASAP as you know there are Germans out there with the same goal.
****************************************
The whole area is covered in low lying crops - tomatoes. They will slow us down a little, but no cover and too short for concealment unless we're lying down. Sarge splits us into two groups. He'll hang back to provide cover while Cpl. Leitz leads the rest of us to the plane. It's easy to spot. I bet the Germans have spotted it too. 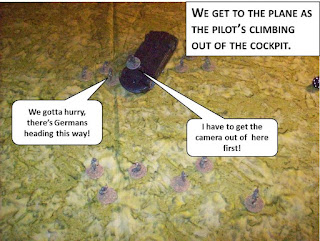 We reach the plane and the pilot's just getting out of the cockpit. He says he has to grab a camera before we leave. Then they're on us. 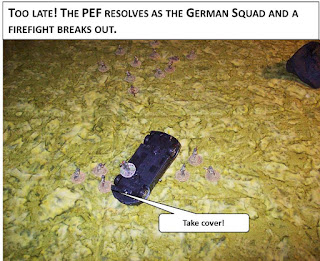 Lucky for us we saw them first. We fire and take down a couple... 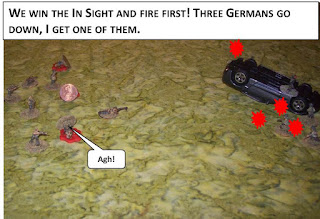 But their LMG sends us ducking for cover, except Allan gets hit! 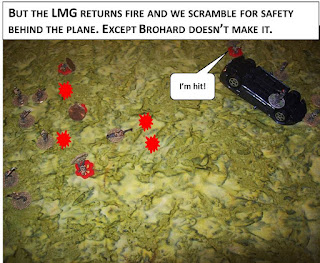 Another Squad comes into view. 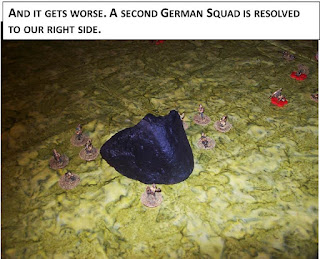 Sarge wins the In Sight and the second section suppresses the enemy. 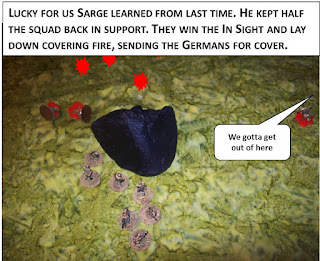 Outnumbered, it's time to get out of there. I run and grab Allan, the LMG blazing away. 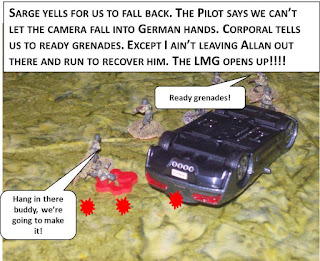 Can't get the camera, so we blow it up with the plane. 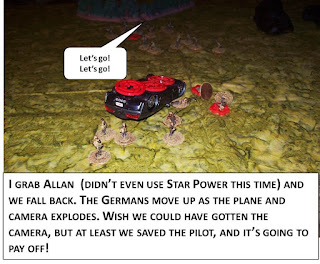 I wasn't going to leave anyone behind so being the closest guy to Allan, I went out there for him. Lucky for me he was only 2" away, so that meant I could grab him before the In Sight was taken.
I lost and the LMG fired, but both hits resulted in Duck Back - as I use the NUTS updates. Speeds up play.

I decided that running to retrieve Allan in the open and facing an LMG was above the call of duty so rolled for Medals. It's a rule in IAN back from the original NUTS; passed 2d6 and got promoted to Corporal. This meant Cpl.Leitz would get a transfer out.

Making each figure personal by giving them names of guys I went to school with, changes how the game feels. It was pretty cool going back to save Allan - not just another figure on the table.

Allan rolled for After the Battle Recovery and is too badly hurt. He's sent home. That's three of the original Squad gone after 3 Missions. Pamaroyan was promoted to Sarge in 3rd Squad, Allan sent home from wounds, and Jerome KIA.

The cool thing is each Mission  influences future Missions. In this case,  because we saved the Pilot, whenever we score as Random Event of Strafing - it's always one of ours, instead of rolling randomly.

The bad thing is because we didn't recover the camera, the Germans will be underground next Mission!