Previously on Snatch and Grab.

"Well that was a complete waste of time," Ashlynn Cooper said to Billy Pink. "The Mayor skipped right over that Snatch and Grab operation we saw yesterday."

Elliot sat down at the table and the three began to talk.
"You're sure it was HBA-3 Billy?" Elliot asked.
Billy nodded and chewed his sandwich. "For sure."
"How do you know this?" Ashlynn asked.
Billy and Elliot exchanged glances and he continued on. "Let's just say I know this and just trust me on it."

"Okay, so if it is HBA-3, what's it doing on New Hope and how did it get here?" Elliot asked.
"That's the second part of the job," Billy said. "The first is keeping Ashlynn alive."

Elliot smiled, "You mean a nice lady like you has enemies?" he asked.

Ashlynn just smiled and nodded. "Yeah, lots of them. You guys like the theater?" 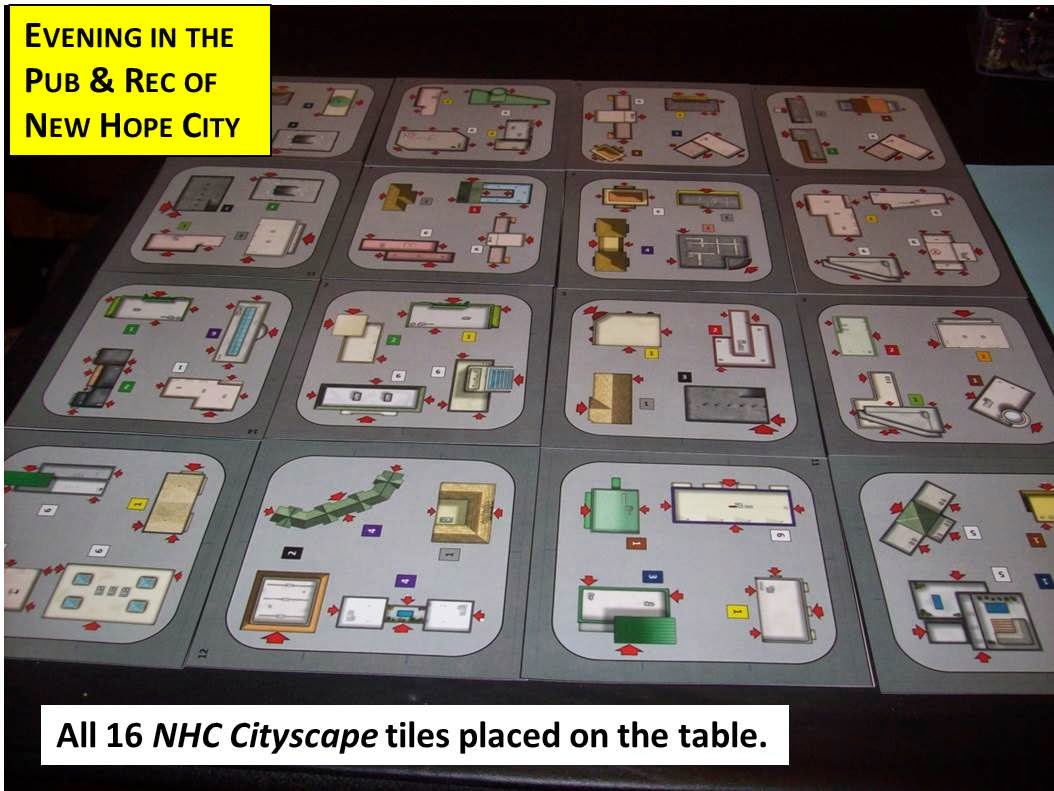 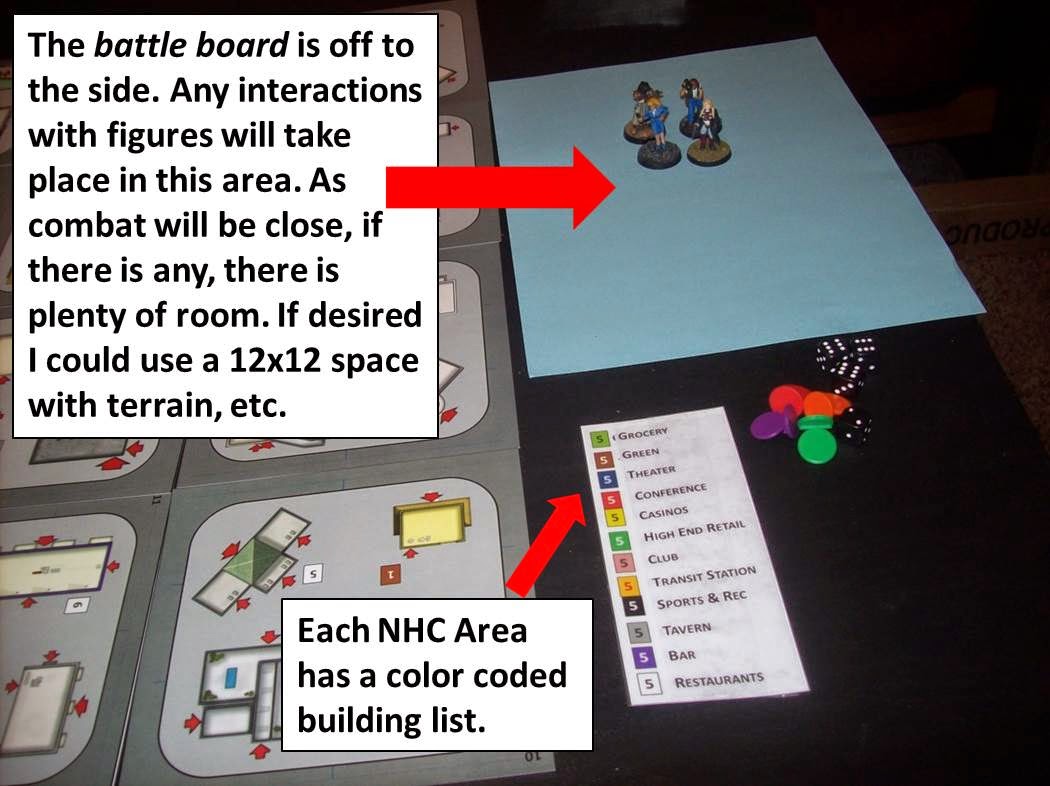 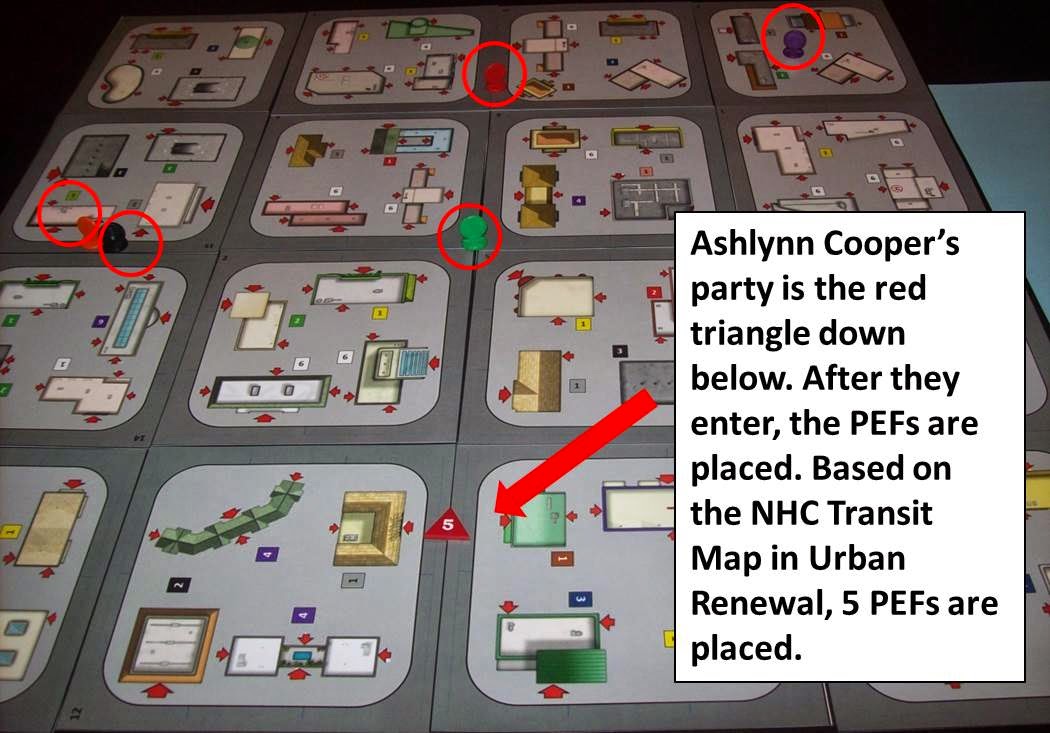 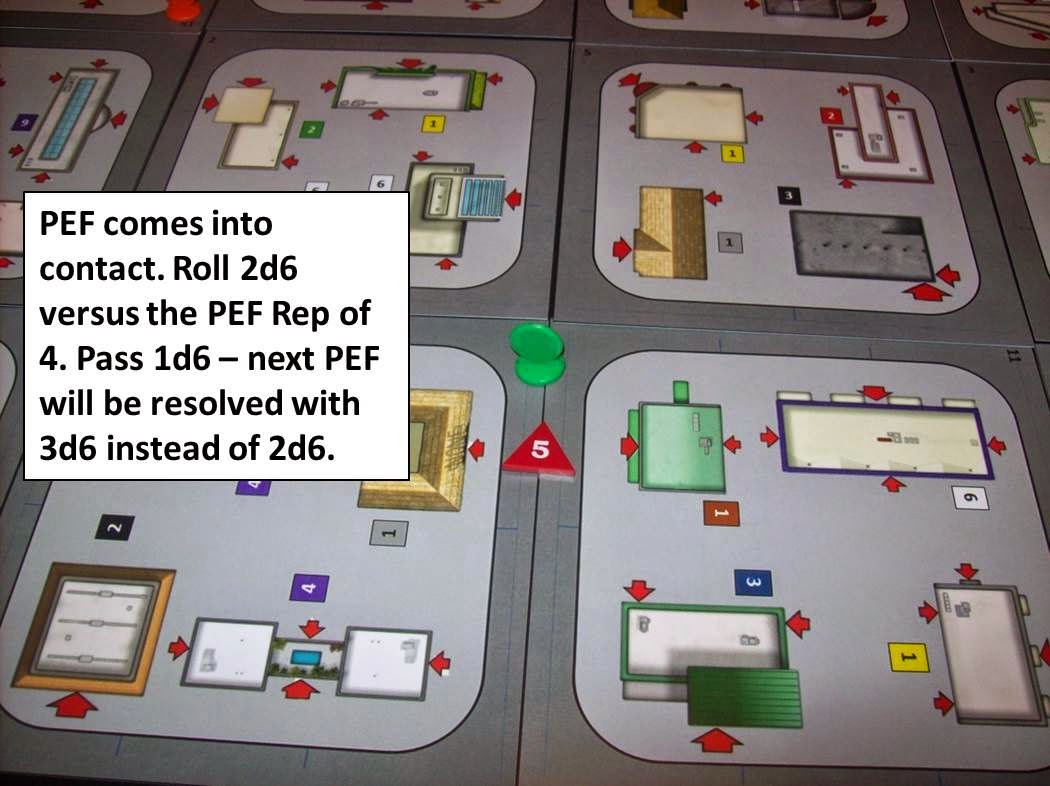 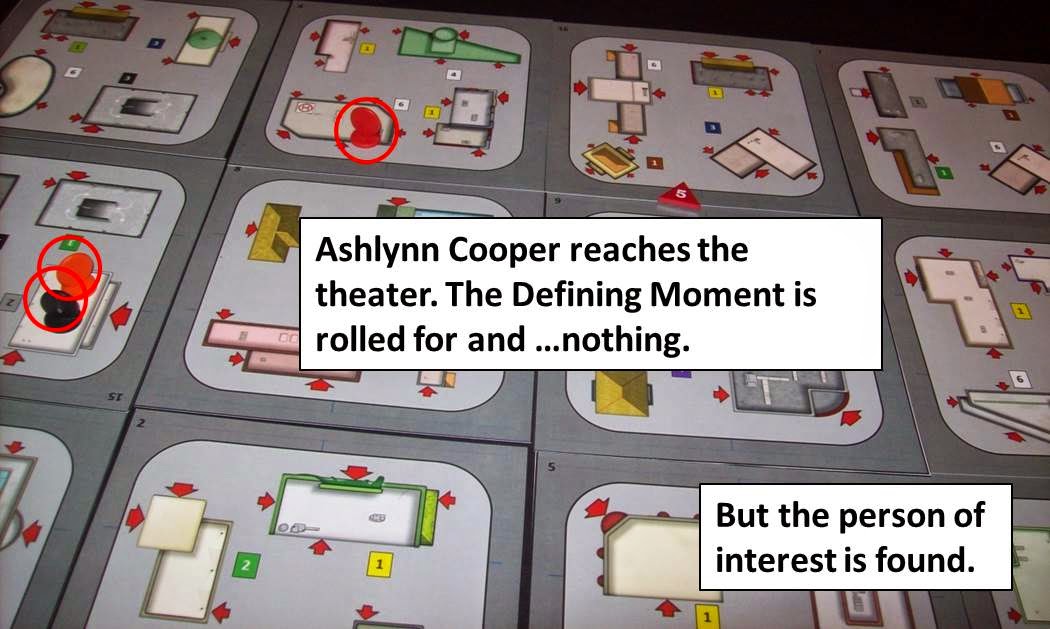 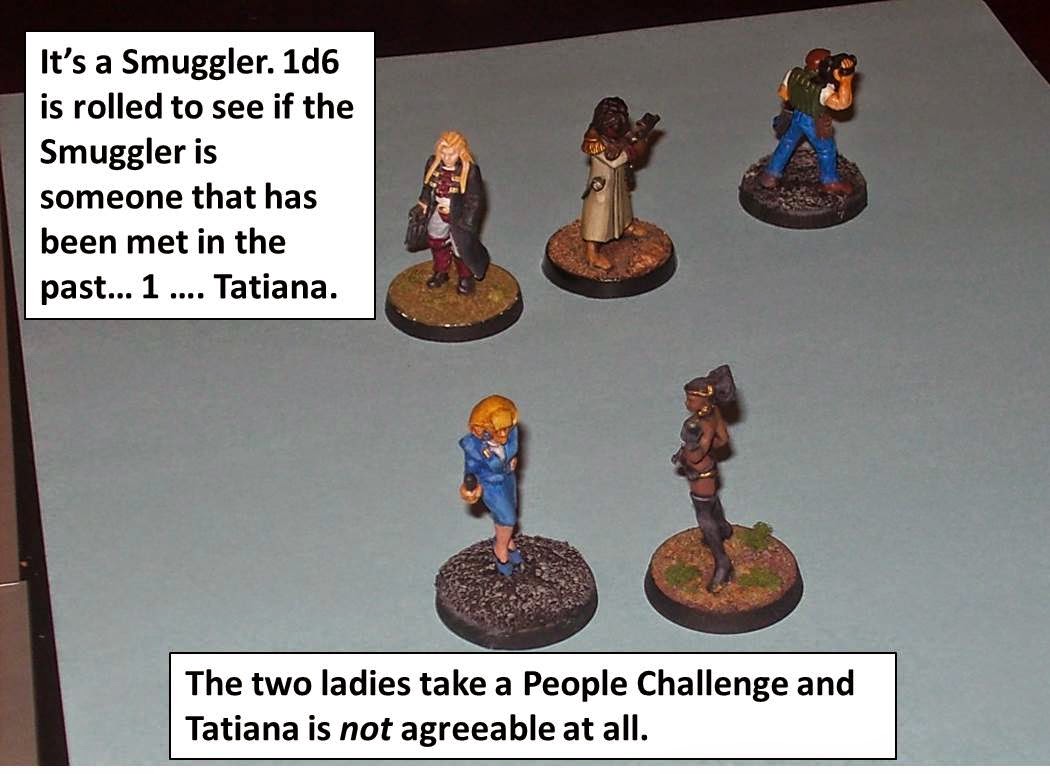 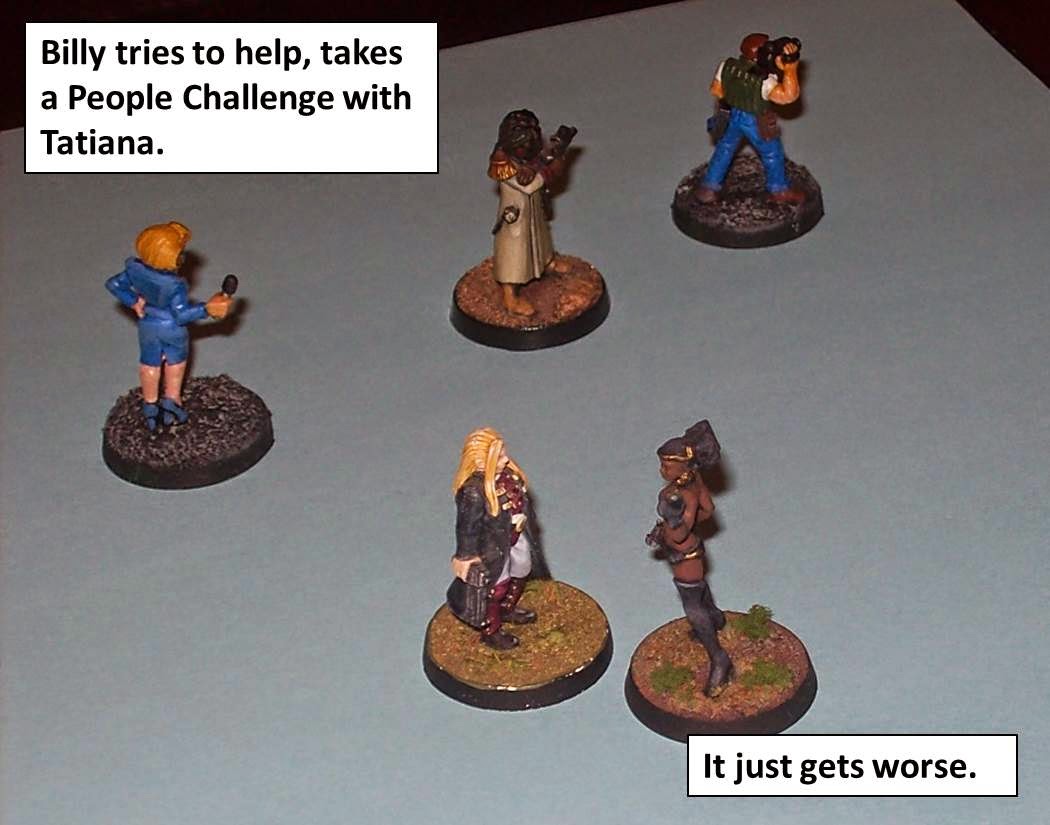 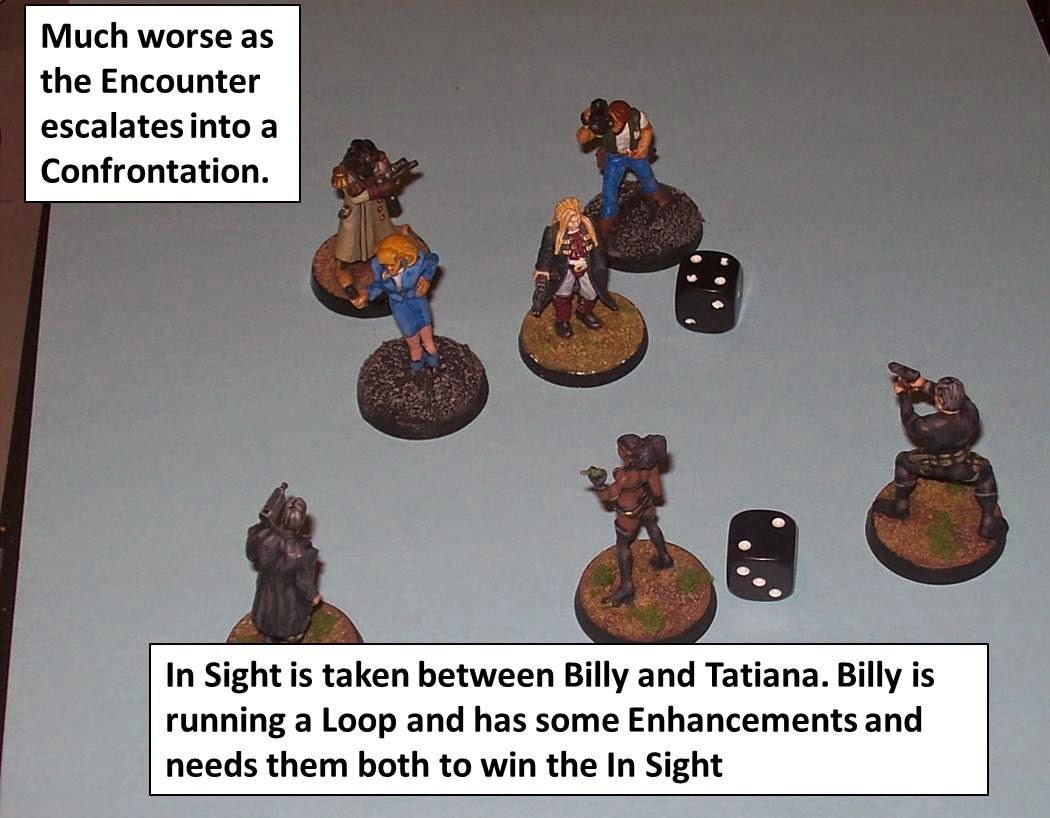 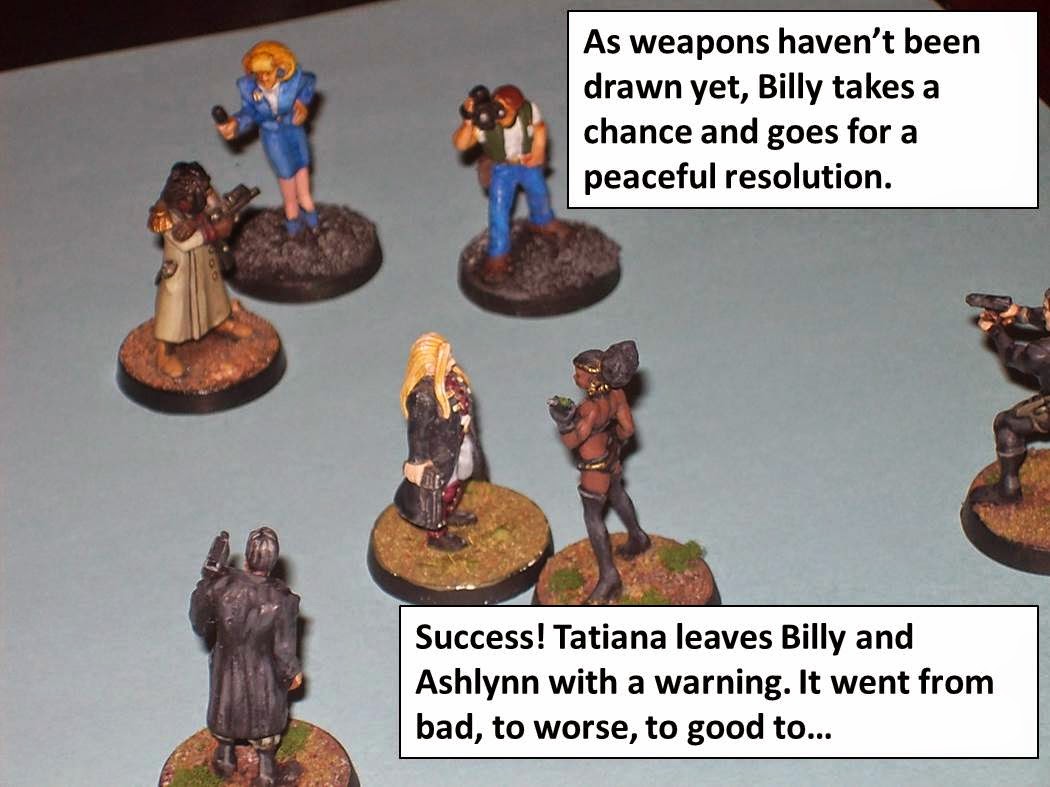 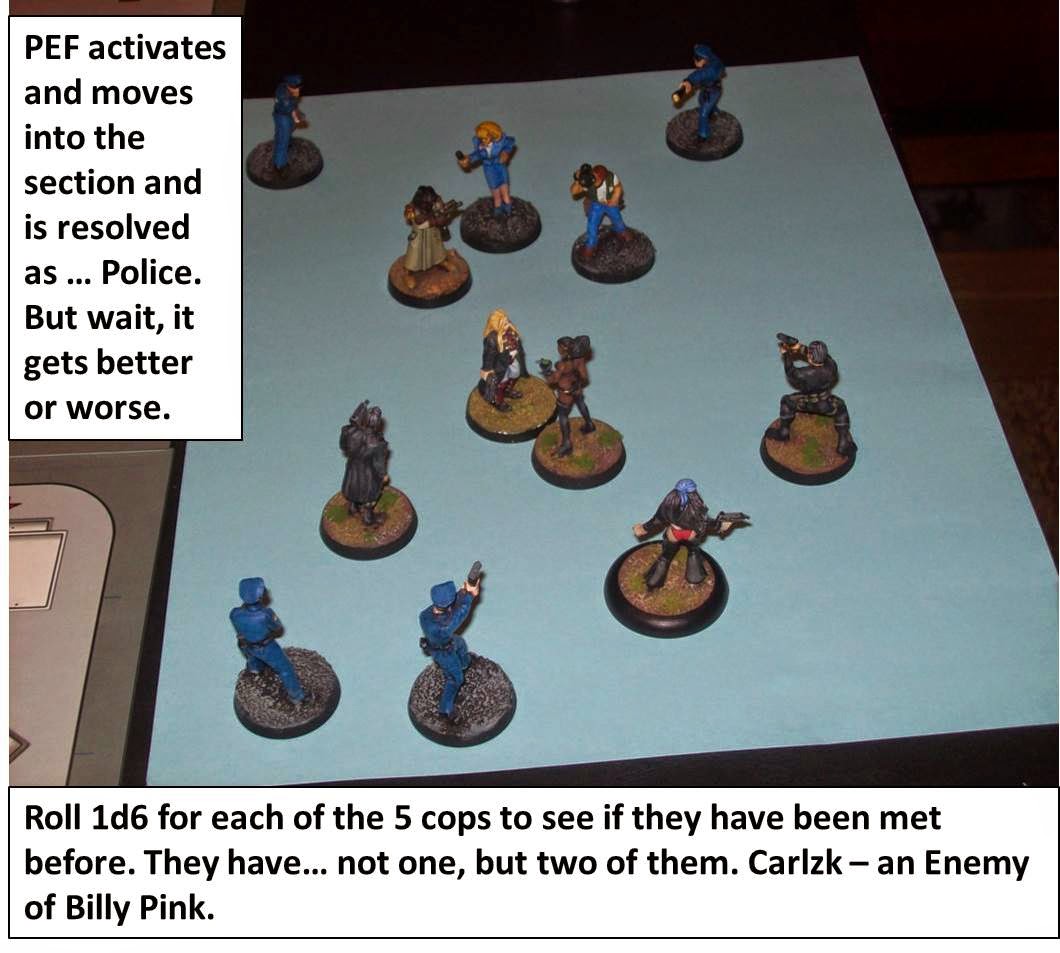 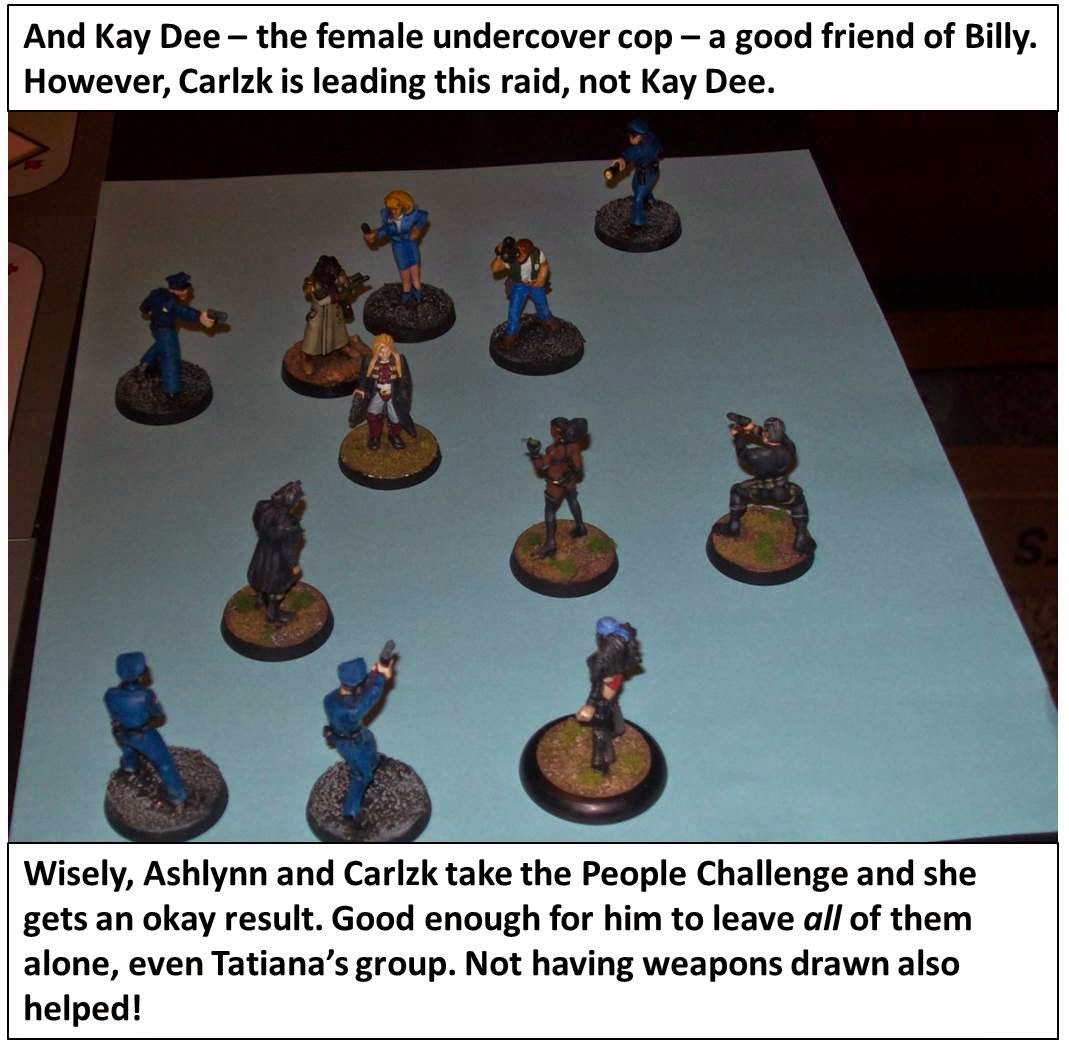 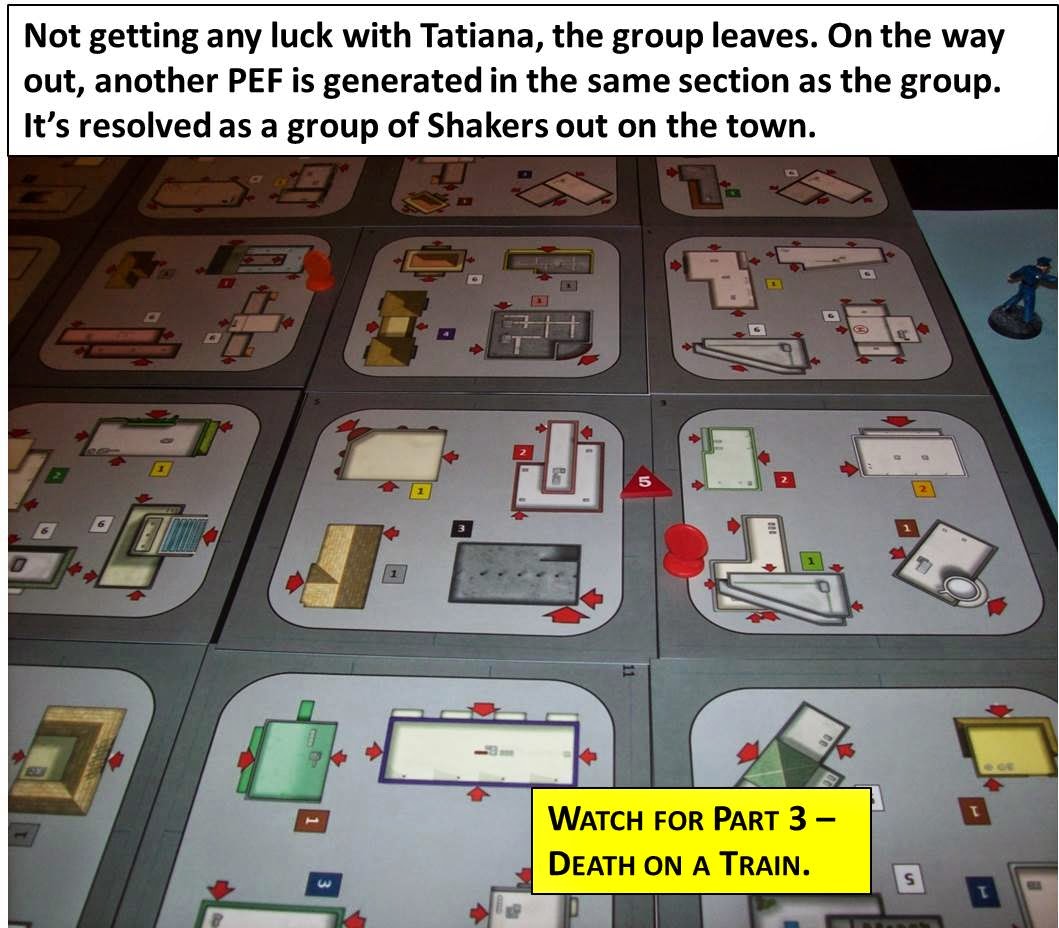 ************************************************************
Tatiana showing up on the random roll as the Smuggler was bad luck as she already counted as having a Run In with Billy, who was with Ashlynn. Lucky for everyone Billy was running his Audio Loop and has the Steely Eyes Attribute. The +2d6 helped on the In Sight. Lose that one and Tatiana's gang opens fire.
Carlzk showing up and Kay Dee was strange. But I realize that the more adventures Billy has the greater the chance of running into NPCs he has history with. Sometimes I wonder if I'm playing the game or it's playing me.With the large number of clues to be solved and the short time I'll have to run multiple investigations as well as trying to keep Ashlynn alive. Now about this Captain Krell.