Equal points but very different fleet compositions. The Hishen had four Class 5 ships and five Class 4. Their main strength would lie in their fighters, able to launch up to ten squadrons per turn.

The key would be the superior Reps of the Star Navy. Well that was the theory... 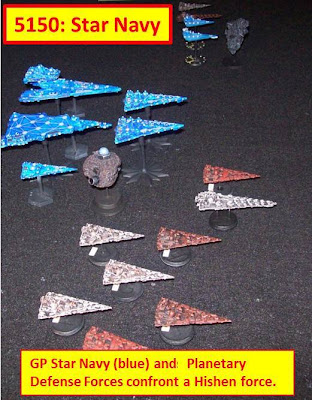 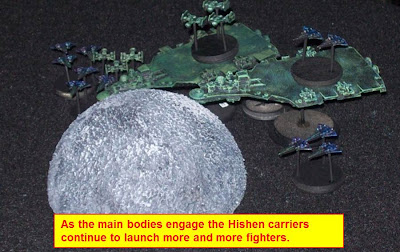 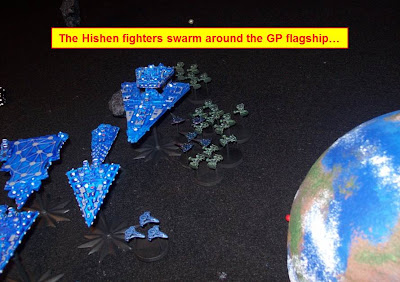 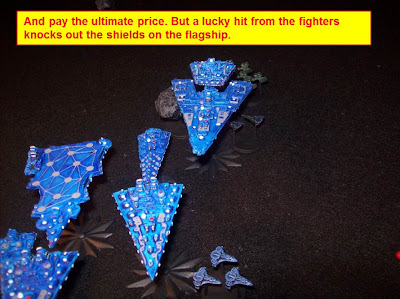 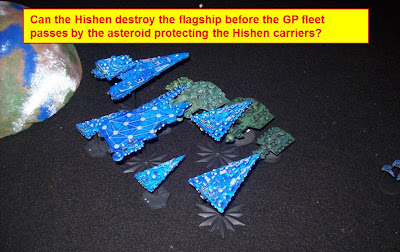 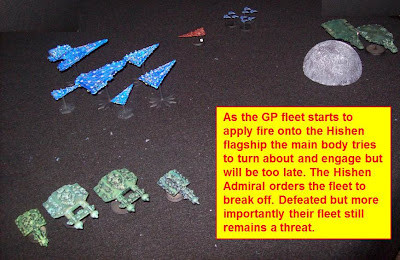 A very close game. Rules are coming along quite nicely with small tweaks being applied as needed.
Posted by Ed the THW Guy at 11:29
Email ThisBlogThis!Share to TwitterShare to FacebookShare to Pinterest
Labels: 5150 Star Navy, AARs, Two Hour Wargames