CVL How to Play

Here's a step-by-step for calling and running a play in the upcoming CVL Football game. It's a 7 on 7 game where players can be the Head Coach, Offensive Coordinator, Defensive Coordinator and if desired the General Manager. but first, how to run a play.

Here's the Field and all the items that are tracked during the game.

The playing field is divided into zones.

Here's the Offense set up.

And the Defense. Once players are set on both sides, the Offense will choose it's play. if playing solo, the Non-Player side - Offense or Defense - is run by the game mechanics. CVL is designed to be played solo.

Cards have the zone and players listed. 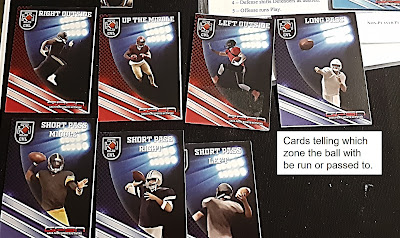 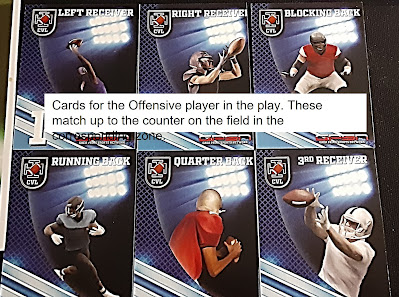 Cards are drawn for the Play. 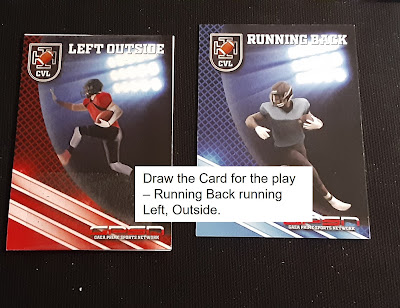 Once drawn the Defense can shift its players then will call Run or Pass.

The play is then run.

Posted by Ed the THW Guy at 14:35
Email ThisBlogThis!Share to TwitterShare to FacebookShare to Pinterest