Rumor has it that Craig will unlock all the Stretch Goals to those that pledge so they can be ordered after the Kickstarter ends. What does that mean to you? The tanks will be available and they are pretty sweet. So to recap, pledge your support of the project and you can get everything on the page before they go up in price. 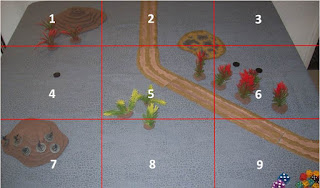 Into section 4 the squad moves (infantry move one section per turn). Vehicles can move two sections so the Nailz 1A Tank moves from off the table into section 4 too. This triggers a PEF Resolution and... 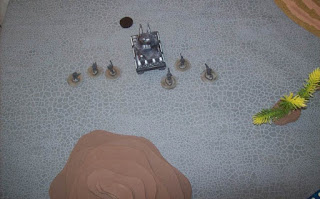 Rolling 2d6 versus the Bug Campaign Morale of 5 gives me 1 Bug less than the total of my force (6 squaddies + the 4 man crew). 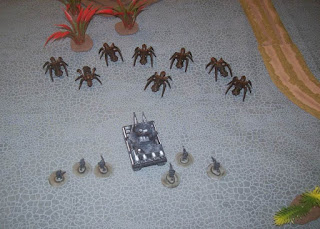 I roll 1d6 to see who has the Advantage. Bill's side does. Rolling on the Action Table the Star Army goes first and... 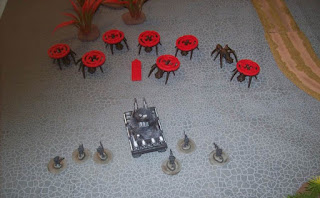 The firepower of the tank and the sqaud overwhelms the Bugs, one actually charging before it is killed. 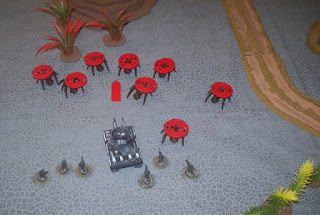 Section cleared and time to activate the Bugs. 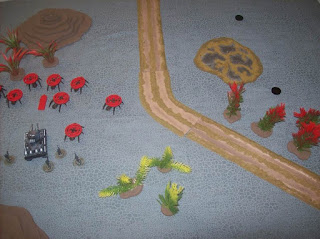 The 2nd PEF is resolved as nothing (boxcars on the PEF Resolution Table). The 3rd PEF is 10 Bugs. The Bugs lose on the Action Table and the Star Army open up. 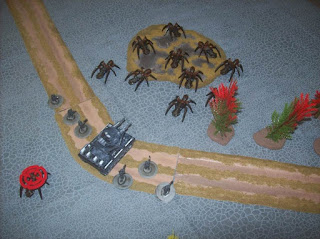 It's a repeat performance, but this time one Bug make sit into melee and a squaddie goes down. 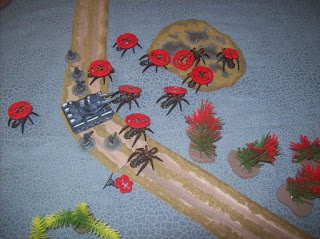 Will to Fights are passed and the Star Army activate. The Nailz 1A turns its turret and splatters the last Bug. Mission over. 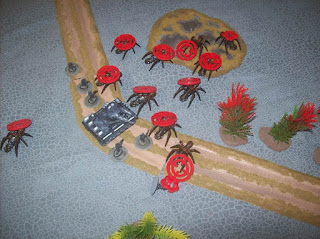 Posted by Ed the THW Guy at 13:29
Email ThisBlogThis!Share to TwitterShare to FacebookShare to Pinterest
Labels: 5150 Bug Wars, 5150: Bugs - Into the Tunnels, Two Hour Wargames