5150: Star Marine is self-contained game that lets you take on the role of a Star Marine, and lead your Characters and soldiers into combat and actions in floating space hulks, airless moons, and planets with an atmosphere so nasty you’ll be dead if your suit is breached.

It’s an easy game to play. This makes it easy to learn and easy to teach. It’s easy, but it’s also fun.  It’s easy, but also a challenge. It’s perfect for when you want to spend less time setting up the game than actually playing it.

5150 Star Marine is aimed at the casual or new gamer with little or no experience, but don’t underestimate it.  It’s perfect for playing solo or on the same side with your friends. It doesn’t take much time to learn yet is a fun little game. No two games will ever play out the same.

Let's see a day in the life of a Star Marine. Newly promoted Star Marine Sgt. Graham E. Adams (Rep 5) has been put in charge of a section of Star Marines and ordered to board a Hishen Slaver that has been disabled by a Star Navy cutter, while the rest of the squad is tasked with boarding a Freighter caught trying to flee. Busy day! 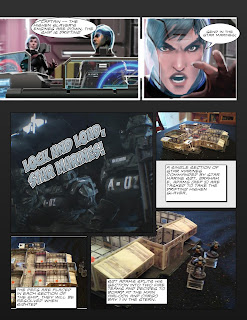 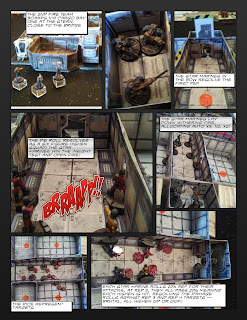 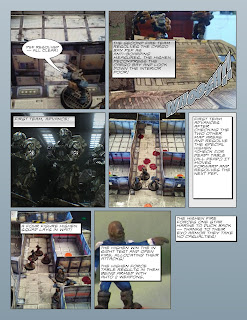 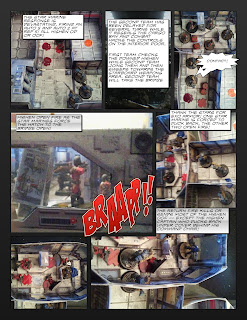 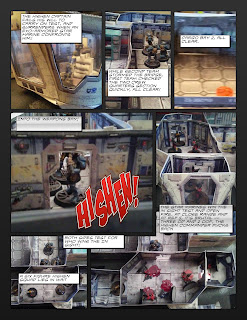 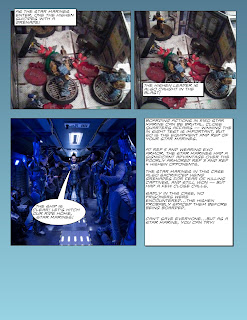