Anyone that has seen Star Wars knows the difference in size between fighters and capital ships. So with that in mind I did a little experiment. I took all my Micro-Panzer buildings for 15mm and strung them together into one long, 3 foot by 6" wide CapShip. Check the first picture to see what I'm talking about.
I chose a Zhuh-Zhuh Interdictor Class Cruiser as the ship and deployed six fighters in escort. I loaded the PEFs with Star Navy fighters and bombers and got started. For simplicity and to represent the Cruiser's ability to move, which I wouldn't actually do, I allowed them to fire all three Defensive AA Turrets whenever enemy fighters got within range. 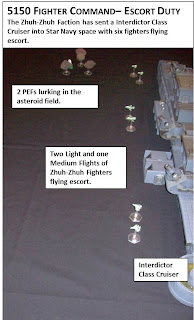 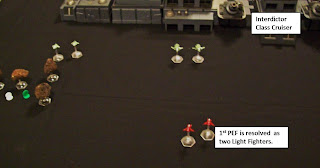 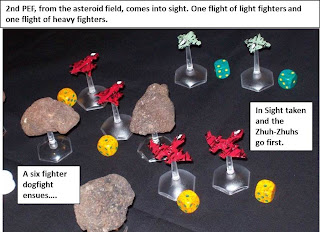 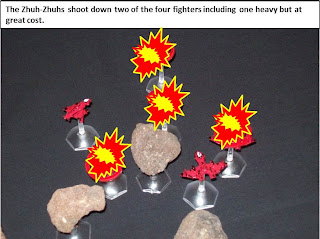 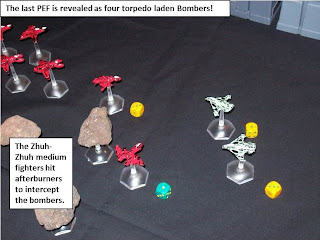 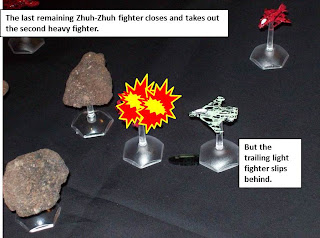 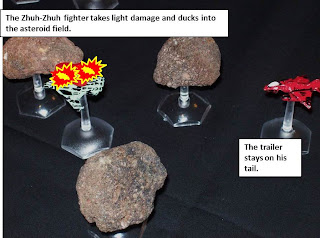 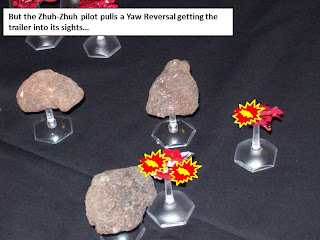 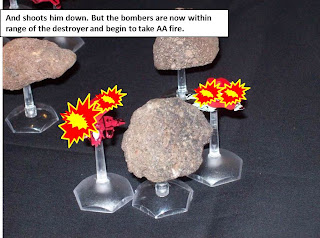 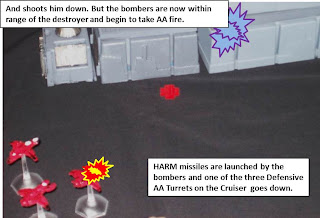 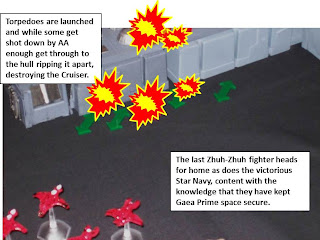 Well the battle was fun even though I lost. The HARM missiles did their job and not being able to fire the third AA Turret when the torpedoes hurt.
The worse problems were two PEFs being randomly dropped inside the asteroid field and were so close to the cruiser it was too hard to get the defending fighters there in force.

I like the idea and could see doing this again with an enemy CapShip off the table fighting the other while the fighters mix it up.