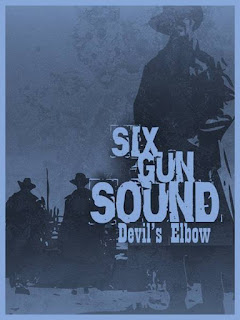 With Six Gun Sound - Devil's Elbow coming out soon, been doing lots of play testing and fine tuning. The new Draw mechanics add a level of tension to the game that isn't  in any other THW games.

1877 - Santa Fe New Mexico
The Sheriff has collected his Deputies to confront Charlie Ward and his Outlaw gang. First a little Story telling. 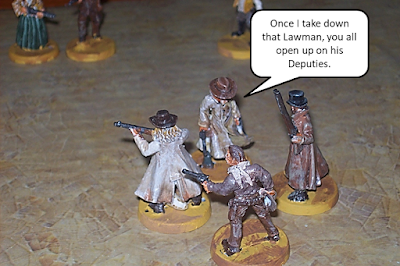 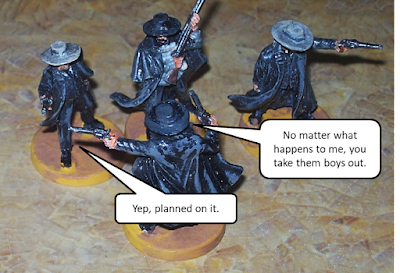 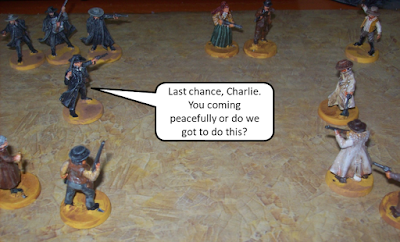 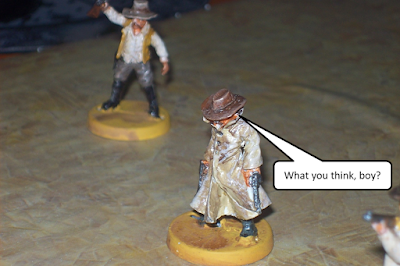 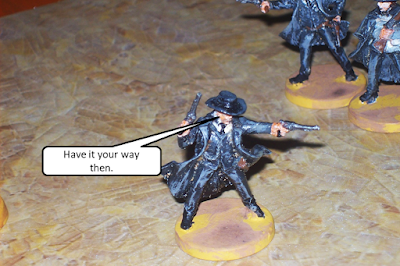 Enough talk. Before you actually Draw, each Character must take the Will They Draw Test. There's six Professions and some may talk the talk, but won't walk the walk. Citizens, Townsfolk and the like tend to leave before the shooting starts. Easy to do, just roll 2d6 versus Rep and modify it by any applicable Profession or Attribute. In this case, the Lawman and Outlaw pass 2d6. Let's do this! 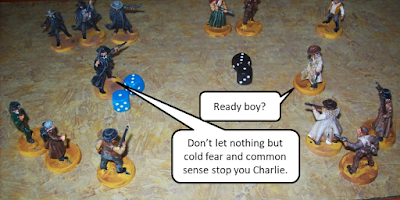 Now here's where it gets intense. Each Character rolls 3d6 versus Rep. TOTAL the d6 scores from all the passing d6, in this case the Sheriff has 5 and the Outlaw 4 as he's Rep 4. If he was Rep 5 he would go first as his total would be 9 versus the Sheriff total of 5, even though the Sheriff passed more d6! 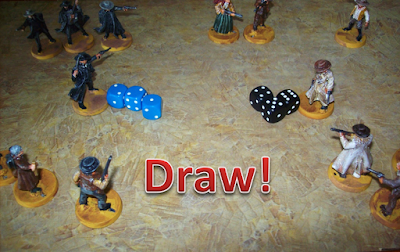 After the 3d6 are rolled, set the highest passing d6 aside. This is important. Now roll for damage.
"6" = Obviously Dead.
Rep or higher but not a "6" = Out of the Fight
Lower than Rep = Reduce Character's Rep by highest passing d6 scored by the shooter and take the Carry On Test if new Rep is 1 or higher. 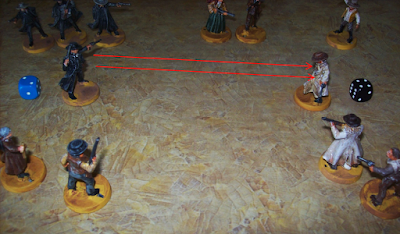 The Sheriff won the draw and fires. By passing 3d6 on the Draw he scores two hits. Pass 1d6 and he scores 1 hit. Pass 0d6, he misses and the other guy fires - based on his Draw roll.
Charlie goes Out of the Fight, both sides now go to the Action Table, the Lawmen fire first. 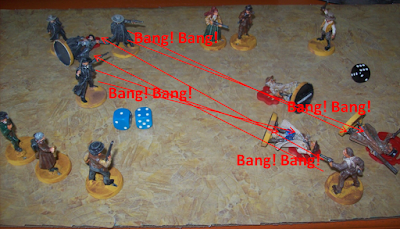 After all the shooting and returning fire, four guys are Dead or Out of the Fight and the last Outlaw runs away. How long did it take? About 5 minutes. The two wounded Outlaws would go to a Jail Break Encounter, the Lawmen would roll for their next one. 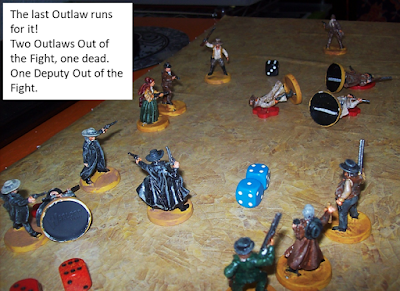