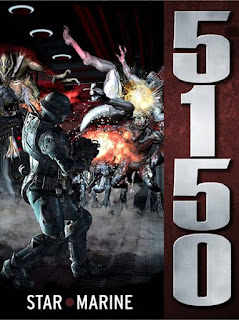 5150: Star Marine is self-contained game that lets you take on the role of a Star Marine, and lead your characters and soldiers into combat and actions in floating space hulks, airless moons, and planets with an atmosphere so nasty you’ll be dead if your suit is breached.

You start as a Private in the Star Marines. As your Story evolves, using the Campaign and Mission rules (which generate adventures on the fly for your Star), you will have the chance to get promoted to a higher rank. Your goal is to rise to be one of the top Brass of your Star Faction’s military, bringing glory to your Star Faction along the way. That; and stay alive.