Working on a space fighter game that can be played with existing minis or the cards that will be  included in the game. Here's a couple of pictures using the new Star Wars minis from Hotwheels. 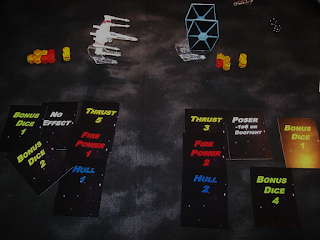 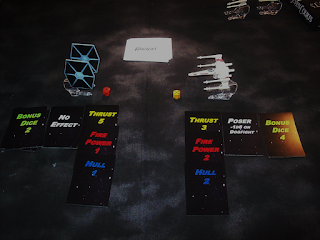 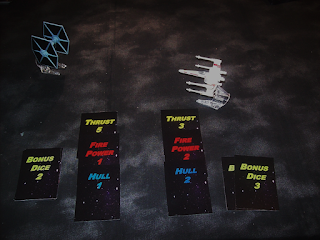 The game will include stats for six 5150 Factions, but they can be tweaked to fit any ships, in this case the Tie Fighter and X-Wing Interceptor.

Ships revolve around 3 components - Thrust (Speed and Maneuverability), Firepower (Damage it can inflict) and Hull (damage it can take).

The game is made for ages 8+ with easy to learn, but tough to master mechanics. Plays in 5 to 20 minutes and playable solo and same side as well as head to head. Watch for some step by step Bat Reps in the near future.