"This is Ashlynn Cooper reporting from the Little Hisha district of the south side where police were called after a shooting was reported." 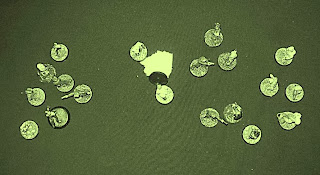 A police chopper circles the area.

"Another shooting in Little Hisha normally wouldn't command much attention but if reports are true this one has a story to tell." 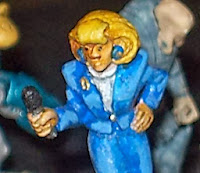 Ashlynn Cooper.
"The victim is reported to be Syd Kattan, a resident of Little Hisha and a member of the NHC Rampage, a B Level CVL Team." 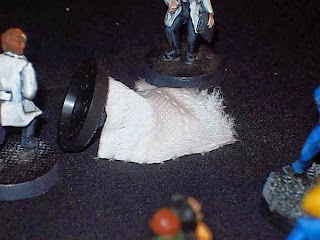 RIP Syd.
"Mr. Kattan was involved in tonight's game against the Red Raiders and there's speculation that the shooting may be related." 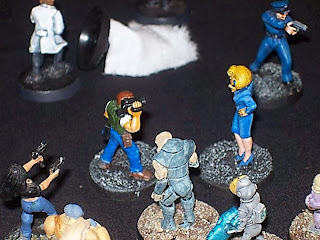 As the crowd begins to leave...
"Mr. Kattan was beaten on the game winning touchdown. The loss may cause the Rampage  to be dropped to the D League of the New Hope Competitive Violence League. As of yet no official information from the Rampage has been forthcoming." 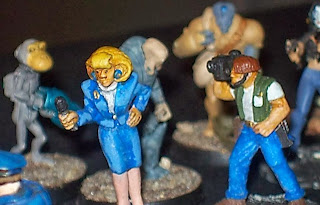 ... Ashlynn wraps up her story.
"This is Ashlynn Cooper reporting."

*******************************************************
This story is the result of a CVL play test. The rules are working very well and the solo play rules are very good providing a competitive game. Details of game play will follow in other posts but as after a particularly close game where one team won in over time it came to me that the defensive player that was beaten would have to answer to those in charge. Working on the way the leagues are organized (better teams get better players, get more exposure, get their owners more wealth). The way the CVL is structured the two lowest teams at the end of the season drop to the lower leagues while the two top teams move up. Anyway, the game provided some fun and also potential New beginnings Encounters. My next NB Encounter, an Investigation into the death of Syd Kattan.