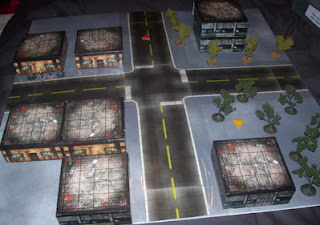 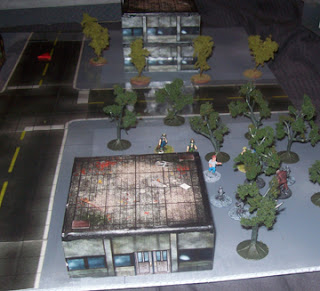 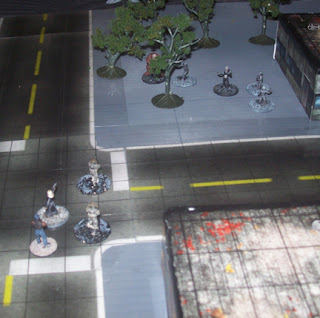 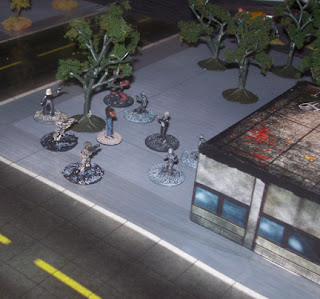 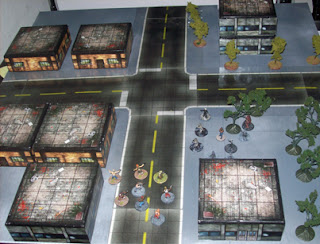 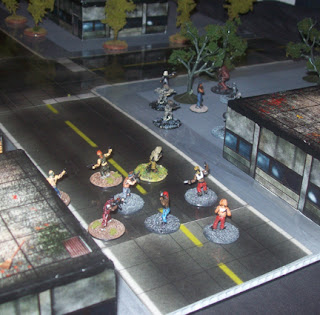 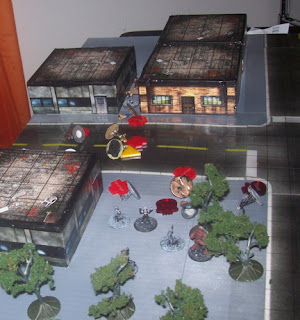 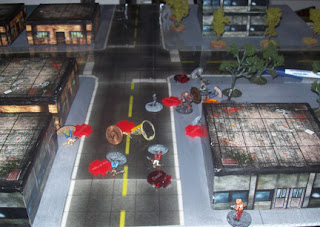 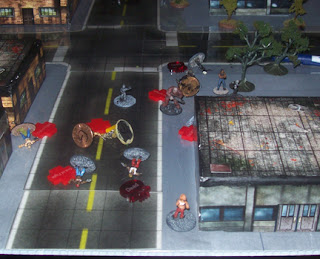 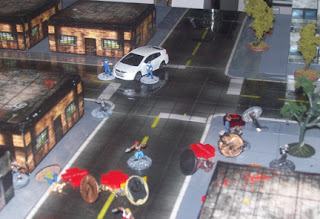 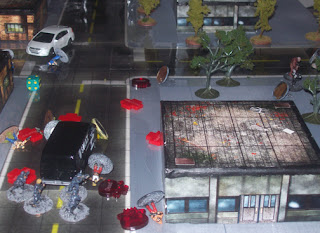 *****************************************************************************************
Overall it took about 30 minutes including time to make some edits and re-writes to the rules as things came up. A very fun and very entertaining game leaving me with a feeling of having let it get away from me. In retrospect my critical error was negotiating at the edge of the park instead of going deeper inside. Leaving the LOS available was my downfall. But then again, I hadn’t expected an additional PEF to be generated with such a high Law Level. That was one reason why I had picked the Financial District.
After the encounter no one could try to improve their Rep or Skill as they all retired and the objective was not achieved. I rolled for reduction of Rep or Skill for each figure and it resulted in one of the Merc bodyguards dropping one Savvy point. Must have taken a hit to the head.
Posted by Ed the THW Guy at 15:17
Email ThisBlogThis!Share to TwitterShare to FacebookShare to Pinterest